We flew from Danang International Airport (45 min away from Hoi An) down South of Vietnam, to the famous Ho Chi Minh City, aka Saigon. Outside the airport we got approached by many taxi companies who tried to over-charge us a fixed price to the city, 220K to 250 K ($10 – $11), but finally managed to get a meter-taxi (and ended up paying 150K/~6$, with small tip included).

We got to our Hostel around 3pm and after enjoying a bit the AC (big change of temperature for us coming from rainy Hoi An!), we decided to go for a snack. I spotted online a hidden place offering… egg coffee! I dragged Silviu there and he got a very delicious pho! We even tried to go again the next afternoon for a last pho before leaving but they had ran out of it… sadness! The place is called Goc Ha Noi and is located in a 1 meter large alley; 2 ladies will welcome you and then you will need to climb up some stairs to access the 2 small but cozy rooms (the 2nd floor one has AC). 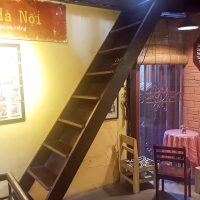 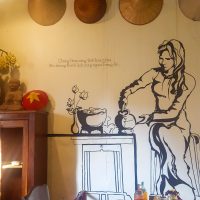 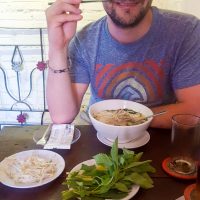 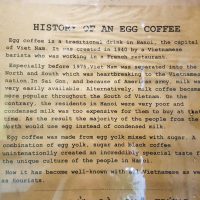 Afterwards we walked around our neighborhood to discover a bit more Saigon… well it’s a very busy city! Somehow, because the streets are larger than in Hanoi, the flow of motorbikes and cars can be very impressive! But one thing we appreciated is that the pavements are large enough to fit both the parked scooters and the pedestrians! Yeah!! Another positive change: there were some public trash bins available! Not everywhere but enough to make our lives easier. 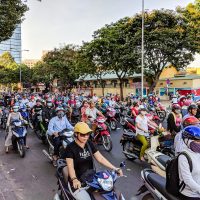 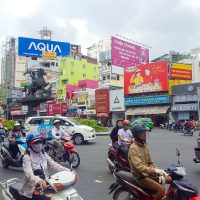 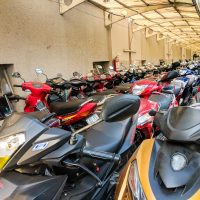 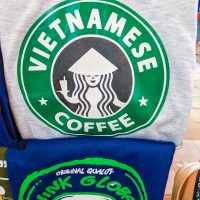 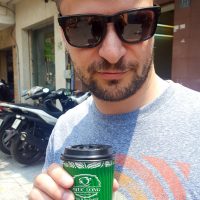 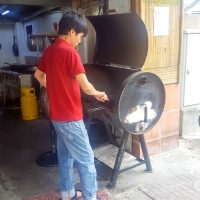 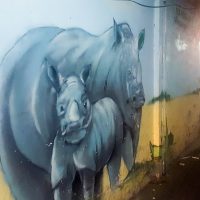 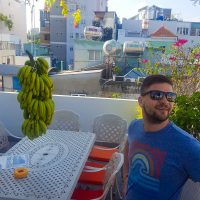 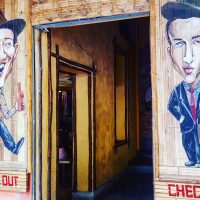 We tried to book our sleeping bus for the next day. We had to change our initial plan to go from Saigon to Phnom Pen in order to be able to see my friends in Kampot before their own holidays. We found a way through Ha Tien a city at the South border. We went directly to the bus company office that was nearby only to find out that this office was only taking bookings for all the other destinations. Our only chance was either to go to the other office (3km away), call or book online… If we can call and book online why cannot they do it for us as they are working both the same company one would ask… anyway the girl at the hostel was super nice and called for us to make a reservation! Fun, fun, fun 🙂

To be honest, after such peaceful past days, the business and stuffiness of the big city was slightly overwhelming!

We decided to enjoy another break in the AC of our room before heading out for dinner. We realized that being in the “backpacker district”, which translates into party people and over-priced not so good restaurant. So we opted for an Indian restaurant! It was nice and the service was friendly and attentive. We then found a not so crowded first floor terrace where to have a (over-priced) beer and observed the life of this crazy street. We arrived on a pretty quiet terrace to soon have a bartender and some customers starting a rap contest! I mean karaoke rap contest … couldn’t be better! Not our favorite music to be played out loud… Luckily 20 minutes later an Australian arrived with his guitar and we moved to music we appreciate much more. “Boooorn to be wiiiild…”

In the meantime in the street we could observe all those sexy ladies. During the day all the massage parlors were trying to talk me into a massage but at night the target was clearly single men! We also saw a few girls dressed very sexy with high heels they didn’t know how to walk in, following 50+ westerners guys… Clearly tourist party and prostitution are still working hand-in-hand.

The next day we had breakfast in a bakery around the corner before hading out further away in town, direction: the War Remains Museum. The exhibition is on 3 floors and consist mainly of pictures, testimonies and documents from the Vietnam War against the USA (a bit about the war against French too). Compared to the one in Hanoi we felt this one was much more neutral and factual. The ground floor was about the International support against the war but also the viewpoints of war veterans that opposed the war. The first floor was the hardest to visit as it was focusing on the war atrocities and the consequences of the excessive use of the Agent Orange (… read on wikipedia if you have not heard about it …), kids from the 4th generation are still suffering from it!!! It was really really sad to read and see those pictures. One of the room was exposing drawings made by kids that were expressing their viewpoint on the war and the Agent Orange; in that room there were 4 young people victim of the Agent Orange playing music and selling handicrafts they personally made. Heartbreaking to see the terrible consequences of this chemical weapon up to today. The last floor was exposing facts and pictures of famous photographers from different nationalities who died in that war.

Outside you can see some planes and tanks as well as a reconstitution of a jail, including some torture instruments… We can say we left this place with a strong impression on the after-war consequences and a lot of things to reflect upon.

Some of the images below can be shocking even though we choose not to publish many. 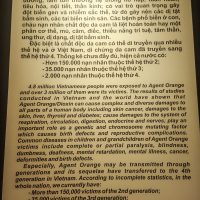 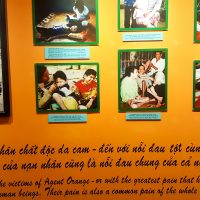 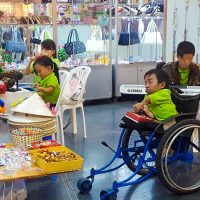 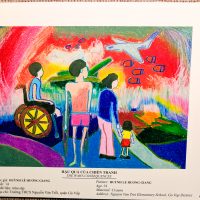 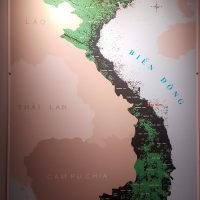 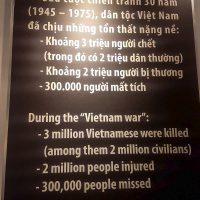 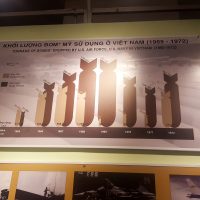 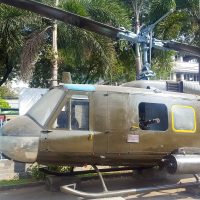 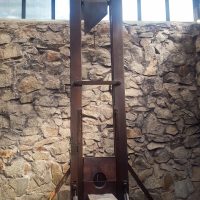 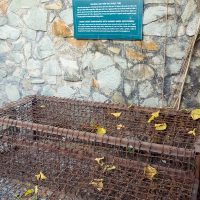 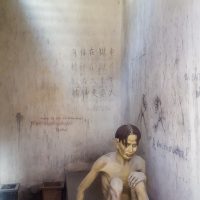 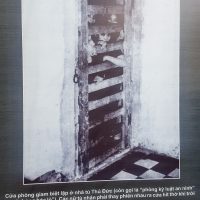 Afterwards we just wandered around the city, as we usually do. We passed by a street food market and another market that were both clearly for tourists so not that interesting. One cool thing we saw is the street is the kids from a sports school going around the neighborhood to clean up the streets by sweeping the floor and picking up garbage. For real: they were really helping the community in a very good way. They were still kids, so not the most efficient (but they were many so it kind of compensated) but we thought it was a great initiative to educate kids about littering and its consequences.

We then went down by the river, following it up almost up to our hostel. On the way we met an American guy living in Saigon who was trying to get some customers for his favorite Banh Chung street seller (rice cake with banana and coconut milk) so we happily offered to sacrifice ourselves! Now that we had the dessert it was time to find some dinner before heading out to the bus station. Next stop: Ha Tien at the border with Cambodia! 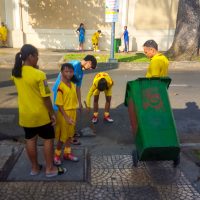 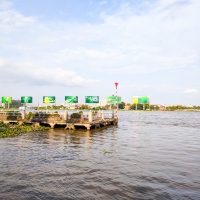 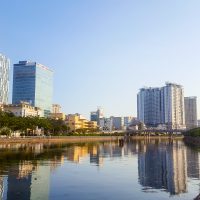 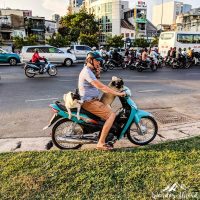