A metropolis of diversity

The cosmopolitan São Paulo is a melting pot city, welcoming diasporas from all over the world including the largest Arab, Italian, and Japanese minorities. The multiculturalism is an important part of the city and it can be seen everywhere, with some districts being strongly influenced by these ethnicities. 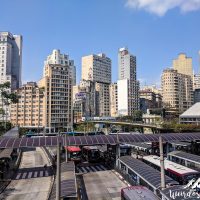 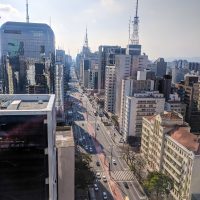 Is Sao Paulo a safe city?

Sao Paulo does not have the best reputation when it comes to security and safety. So how did we feel about it? Well to be honest we have mixed feelings.

On the one hand, Sao Paulo has been an example of a big city that managed to control and bring down its crime rate. The statistics have been steadily going down in the past years. We personally never felt threatened in anyway. However, poverty is very visible in some neighborhoods and you will be highly advised to be particularly careful or even to avoid certain districts at night. In the city center we witnessed a police check: they basically arrested about 20 people, aligned them facing a wall and were checking them one by one…

So yes, Sao Paulo is a relatively safe city if you follow certain recommendations: avoid showing off money or valuable objects, keep your pockets closed, keep your bag in front of you especially in crowded places, if you go out late at night call a Uber or a taxi and stay in a safe spot while waiting for it. Nothing extraordinary as you can see, just some common sense and some awareness. This applies to all big cities all over the world. 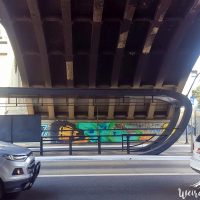 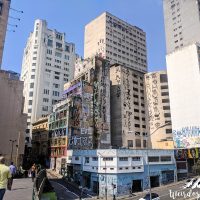 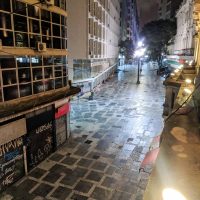 How to get around Sao Paulo?

Since Sao Paulo is huge, we would strongly recommend that you book a place close to a subway station. The subway is pretty cheap (4 R$ a ticket which is about 1 US$), clean and safe and it is a very convenient way to get to most of the places.

There are about 17,000 buses in Sao Paulo to cover the whole city so you may as well end up taking one of those, but although the system works relatively well, the time schedule might not always be reliable.

Taxis are your safe option if you want to get back home at night. Buses and taxis often have a separate line so taking a taxi from the airport might be the fastest option! However Uber works pretty well too and is, as often, cheaper, especially at night. 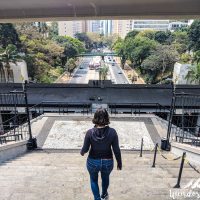 Where to stay in Sao Paulo?

The best place to stay in Sao Paulo is actually close to a subway station so you can go easily around the city. An animated neighborhood will bring you more safety, especially at night.

We would recommend to stay around Vila Madalena, Jardins or around the Avenida Paulista.

We stayed in the Paradiso Hostel, next to the subway Sumare. The double rooms (between 120 $R and 180 $R) have a great view over Sao Paulo, but we don’t  recommend it if you go during winter as it was quite cold in the rooms. Breakfast is not offered.

What to do in Sao Paulo?

END_OF_DOCUMENT_TOKEN_TO_BE_REPLACED

Iguazu Falls: the Argentinian side

Iguazu Falls were on top of our bucket list of things to do in South America, and we visited both the Argentinian and Brazilian sides of the Iguazu Waterfalls which are simply breathtaking.

END_OF_DOCUMENT_TOKEN_TO_BE_REPLACED

1 month in Brazil: our detailed itinerary…

From mid-September to mi-October 2018 we had the chance to explore a bit of this beautiful country: Brazil! We went from Sao Paulo, in the South, up to Jericoacoara in the North.

END_OF_DOCUMENT_TOKEN_TO_BE_REPLACED

Ceará: the land of wind

Ceará is a state in the North East region of Brazil. We managed to rent a car which opened up the possibility explore the state by driving about half of its 600km of sandy coastline and inimaginable beaches

END_OF_DOCUMENT_TOKEN_TO_BE_REPLACED

A brief passage by Recife and Olinda

In 1982, UNESCO added Olinda to the list of Historical and Cultural Patrimony of Humanity. The reason being that many historical monuments have been luckily preserved in Olinda…

END_OF_DOCUMENT_TOKEN_TO_BE_REPLACED

Chapada Diamantina: trekking in the Vale do Pati

The Vale do Pati is a protected area within the Chapada Diamantina National Park. Inhabited by only 13 families, it is a beautiful place of preserved nature. The only access is by foot…

END_OF_DOCUMENT_TOKEN_TO_BE_REPLACED

Chapada Diamantina is a region in the center of Bahia State in Brazil. Its name literally translate as the Diamond Plateau. Indeed this area is composed mainly of …

END_OF_DOCUMENT_TOKEN_TO_BE_REPLACED

One thought on “Sao Paulo, the big city of all contrasts”