Ha tien – From Vietnam to Cambodia

As said in the previous article we had to change our initial plan to go from Saigon to Phnom Penh (easy way) to go from Saigon to Kampot instead, where my friends live. We could have still went through PP but that would have been a bit of a detour and loss of time for nothing so we found a new way through Ha Tien, a Vietnamese city in the South at the border with Cambodia. We read some bad and ok stories about that border so we were not sure what to expect but, hey, we need a bit of adventure on that journey!

So here we are with a sleeping bus booked from Saigon to Ha Tien! Sleeping bus in Vietnam is not to be confused with a “couchette” bus. It means it is not exactly a mattress but a half lying seat. Still not too bad. We arrived about an hour before to the office to actually pay the tickets we booked by phone. 10 minutes later a minivan drove us to the bus station about 20 minutes away from there. Another 40 minutes to wait there before we could board on our bus… and here we go!

Note: everything worked smoothly and on time! 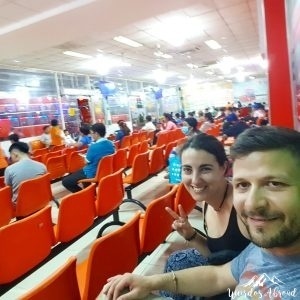 Silviu got a bit more sleep than I did but it was quite a turbulent journey, the roads are not the best everywhere and buses go fast so often have to navigate around the scooters. We kind of had to keep our feet at the bottom of our seats to soften the breaking moves. Also the lights stay on so don’t forget your sleeping mask! We had a 30 min stop about 3 hours in at a big station where you can grab something to eat and use the bathroom. A bit before we actually got a “bus wash” (like a car wash but for a bus!) with the mechanical brushes and everything!

We were supposed to arrive at 4h30 am so we were hoping that we would be a bit late as it is often the case. Of course we got there even earlier. A minivan was waiting for us at the bus station to drive us anywhere we wanted… but where to go at 4 in the morning in a small city you don’t know? In the end we explained that we wanted to pass the border so the driver nicely dropped us in from of a ticket office (the agency was called Viet Cam Thai as they are covering the 3 countries), which was obviously still closed. We first sat on a bench just in front (after all we had time!) before having a small walk around the neighborhood. We were willing to have a last pho but that is not a specialty in the South so all the opened places had a dish based on rice and meat; a bit too early for us. 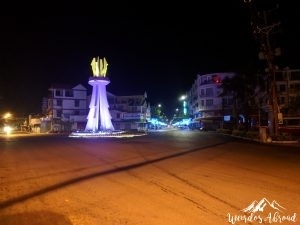 Eventually a lady opened her small street stall just next to the agency (3 tables on the pavement) so we got a drink there. It was actually very interesting to see the animation starting as early as 5-5:30 am. By 6 am this little stall was getting full with people having tea or coffee and other customers were also passing by to buy cigarettes or petrol (because why not also selling petrol). Around 6h15 (!) the agency opened and we went in to get some information. Our first idea was to cross the border by ourselves but they offered us a full service up to Kampot for 10 USD, which was a very fair price. We were supposed to leave at 7am but ended up leaving at 7h45. Not too bad. 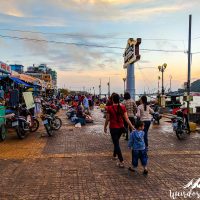 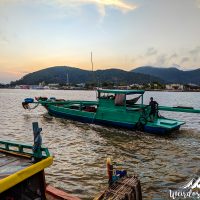 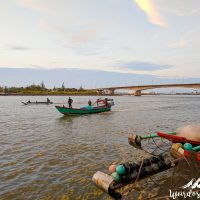 Our group was composed only by Vietnamese tourists but 2 other foreigners, a couple from Israel. And of course us. The Vietnamese guys had to go through on their own but for us indeed the guys from the Agency took care of everything so we just had to go to each spot, sit and wait. In Cambodia, a minivan was waiting for us. From the departure by minivan from the Agency to the next minivan it took us 45 minutes. Not bad compared to what we had read online! 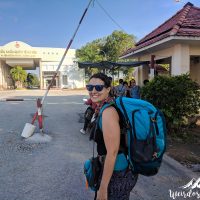 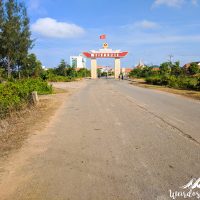 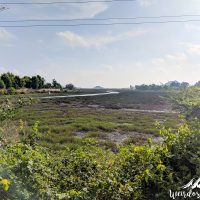 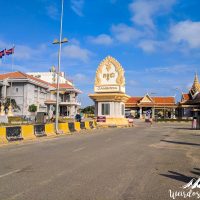 Goodbye Vietnam. Cambodia here we are!

Punta Arenas is a small city of the south of the Chilean Patagonia. It is a possible stop on the road from Ushuaia to Puerto Natales and the main interest of this stop is to visit penguins.

END_OF_DOCUMENT_TOKEN_TO_BE_REPLACED

Singapore is an interesting city to explore. Because of the British history in the region, the architecture is very similar to the one we could find in Malaysia, except that it is all renovated and bright clean.

END_OF_DOCUMENT_TOKEN_TO_BE_REPLACED

From Koh Tao, Thailand, to Penang, Malaysia by Train

Our time in Thailand has been amazing, from the hiking in Pai, the cooking class in Chiang Mai to the beautiful diving in Koh Tao…

END_OF_DOCUMENT_TOKEN_TO_BE_REPLACED

Pai canyon is a geological formation of red sandstones offering a picturesque landscape. You can walk on top of these cliffs and climb your way from one to the other.

END_OF_DOCUMENT_TOKEN_TO_BE_REPLACED

The hike to Mae Yen waterfalls is a relatively easy hike to do on your own if you would like to spend one day in nature once in Pai. It is really not crowded so you can expect to enjoy …

END_OF_DOCUMENT_TOKEN_TO_BE_REPLACED

The first time I heard about Pai was when I was preparing for this trip. I came across a picture of Pai Canyon (see related article) as part of a list of “places not to miss off the beaten track”.

END_OF_DOCUMENT_TOKEN_TO_BE_REPLACED

In and around Chiang Mai: Bhubing Palace

Bhubing Palace was built to be the residence of the Royal Family and their guests during their visits in Northern Thailand. It was built in 1961

END_OF_DOCUMENT_TOKEN_TO_BE_REPLACED

In and around Chiang Mai: hiking to Doi Suthep

Doi Suthep is a very sacred temple who shares its name with the mountain it is on. It is located about 15km from the center of Chiang Mai.

END_OF_DOCUMENT_TOKEN_TO_BE_REPLACED

In and Around Chiang Mai: one day with elephants

A day in sanctuary to meet and interact with elephants and even better: elephant babies! An amazing and unforgettable experience in Thailand that should not be missed…

END_OF_DOCUMENT_TOKEN_TO_BE_REPLACED

Cruising the Mekong from Laos to Thailand!

As we were particularly interested in visiting the Northern Thailand, our next destination was Chiang Mai, Thailand. Luang Prabang has been eventful and our heart is now full…

END_OF_DOCUMENT_TOKEN_TO_BE_REPLACED

2 thoughts on “Ha tien – From Vietnam to Cambodia”