Yogyakarta, Jogja or Yogya for the intimate, only has 400K inhabitants… 4 millions if you include its agglomeration. An interesting part of Jogja is that it barely has any high rising buildings. The city is therefore extended, but feels breathable in many ways. The traffic has nothing to do with the crazy traffic of Jakarta (that we deliberately skipped during this trip).

While Jakarta is the political and economical heart of Java island, Yogyakarta is its cultural center. Here you can access the source of Java island traditions through the spiritual life, historical symbols and authentic handicraft. Yogya is also an important intellectual center and the cradle of the first Indonesian university, Gadjah Mada, created after the independence in 1949.

We had planned to stay only 2 or 3 nights in Yogya in the idea of going North to hike some of the volcanoes but the Mount Merapi decided to erupt literally the day before we arrived! At least we were still able to fly in: the previous day all flights got cancelled because of the eruption.

No problem though! We though we would just go earlier towards the East of the island and hike the famous Mount Bromo and Lake Ijen instead (highly recommended by everyone) ! That was without counting on our old friend, the rain: it arrived with us in Jogja (we were told that the last rain was… 3 months ago!) and the eastern volcanoes were apparently covered with storms! Ahahah (bitter laugh) 🙁

Wondering what to do next, we simply decided to extend our stay in this charming city in order to give us some time to chill (for Perine) and work (for Silviu) and explore the surroundings.

The heart of the city is the Kraton, which is the Royal Palace, and the Water Palace. Beware of the opening hours of the Kraton by the way. If you go to the Water Palace do not miss the tunnel leading to the underground mosque… At least that’s what we heard since we have been bad bad tourists (shame on us!) as we deliberately chose to not go visit them. We have been told that those were the 2 places not to be missed within Yogya but somehow we did not feel like it. It happens.

Anyway the point here is that as a tourist you want to stay at proximity of that area. The most dynamic -and also touristic- part is in the North of the Kraton. In particular head to Malioboro for shopping, discovery of handicrafts (batiks everywhere), street food, and very cheap price market. Beware of scams though… If you decide to stay there, our friends warmly recommended Yogyakarta BnB.

We decided to rather stay in the South of the Kraton in a quieter neighborhood that is developing slowly towards the hipster side (hear: cool coffee places). We stayed at the Wood Stone Hostel, located in a small alley and really like the vibe here. 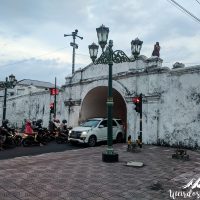 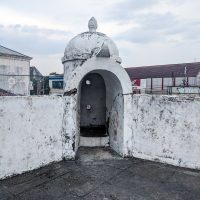 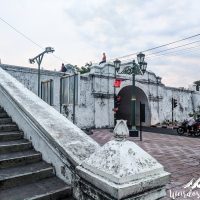 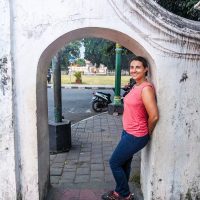 Wandering in the old city by day and night

Yogyakarta has an interesting architecture, a mix of the Javanese architecture mixed with touches of the Dutch colonialism era. What we did appreciate is that they are barely no high buildings; therefore even if some streets are narrow and some pavements are missing (as often), the city is globally breathable and easy to walk through. Keep an open eye when you wander around as there can be surprises at every corner.

People are very friendly and the only relatively “bad” experiences we had was in the touristic Malioboro area: people got into talk with us for business reasons only, as much as they can seem friendly at the beginning.  In the other neighborhoods we found ourselves talking with people who had a genuine interest in us, and ourselves in them. Even if their English was too limited for actual conversation, we had ‘intense’ talks. Ohh, also be ready to pose for pictures with the full family! 😉 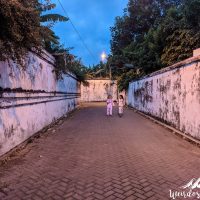 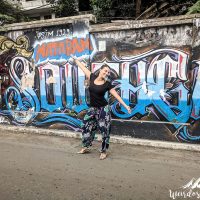 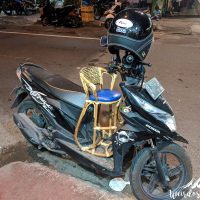 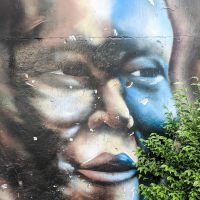 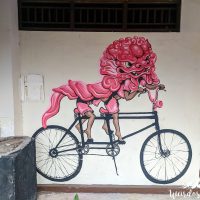 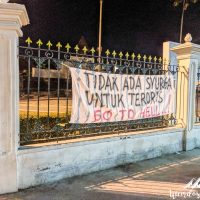 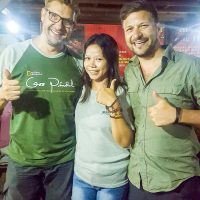 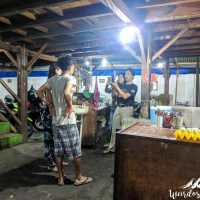 At night do not miss a walk through the Alun Alun Selatan Place, south of the Kraton. During the end of the afternoon you will see people walking blindfolded: it is said that if you can walk straight between the two giant banyan trees with your eyes closed (so blindfolded in that case) you heart is pure and you will have luck and prosperity in the future. This is a very popular game that seems easy at first but it is actually funny to see how many people struggle… a lot of “impure” hearts around!

Later at night you cannot miss the super bright and colorful light-cars! People come at night, with family, friends or as a romantic couple, to cycle around the place in those crazy carts. You will notice that all those carts are equipped with DVD players that allow people to select their music and even watch the videoclips if they get bored! Wohoo. 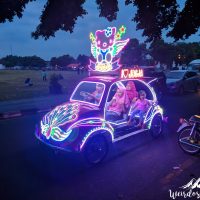 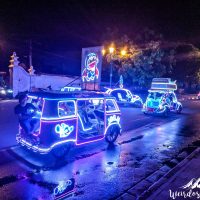 I believe that if you have followed our blog you have understood by now that the Weirdos are food and coffee lovers! And one of the reasons we extended our stay in Jogja is that we quickly understood that it has a lot of very nice restaurants and coffee shops to explore! 🙂

Don’t hesitate to explore street food and the local buffets but on top of that here are a few recommendations: 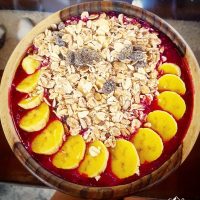 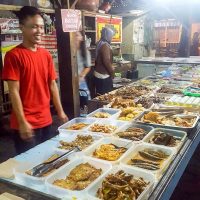 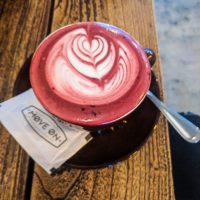 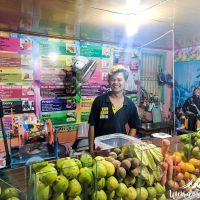 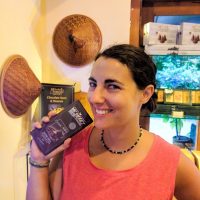 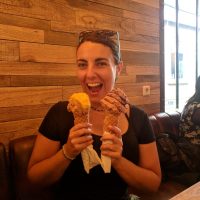 Visiting the surroundings of Jogja

There are a lot of things to visit around Jogja: beach, waterfalls, volcanoes, sand dunes, jungle trekking, cave tubing… the list is rich and endless. Unfortunately, due to the weather we didn’t explore all these options. But two things you cannot miss for sure are the temples of Borobodur and Prambanan (see related article for more  information).

The are many way to reach the temples, but make sure to plan your day right since there is a lot of walking involved. You can book a tour, go there by van/taxi, by scooter or buses. If the weather is good, you can even go for sunrise. We chose the option to go by scooter and we really enjoyed it. Although you can do both temples in one day we would recommend taking your time and spreading the visit over two days as the two temples are located in opposite directions so it implies quite some driving to go from one to the other.

Borobodur is accessible within 2 hours by scooter if you decide to go through the small roads rather than the fast road. The landscapes you will pass by are worth the detour: rice fields and mountain roads; the driving is relatively easy and the traffic low once you get out of the city. Borobodur is a Buddhist temple.

Prambanan is reachable in less than an hour through the fast road. Nothing special to see on that road but it’s faster and less tiring. You will need to push further away if you want to explore the countryside (there are some waterfalls and cave tubing within one-two hours from Prambanan temple). Prambanan is an Hindu temple. 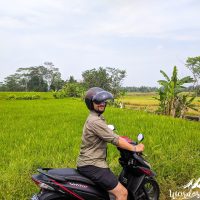 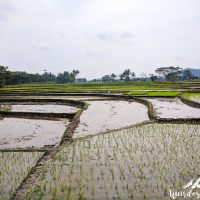 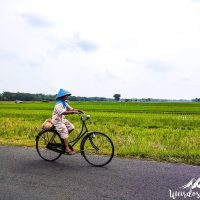 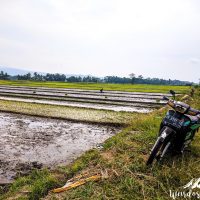 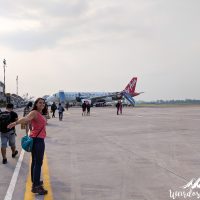 END_OF_DOCUMENT_TOKEN_TO_BE_REPLACED

Guided tour to the Lombok beaches

Lombok is an island West of Bali. It is known for beaches and surfing spots, particularly at Kuta and Banko Banko. The island has been recently been hit by a multitude of earthquakes that devastated the north of the island.