3 days chilling in Hoi An

I’ve heard many times about Hoi An in the past and I knew we would need to spend a few days in this place because it seems to act like glue for tourists. Spoiler alert: we loved it! But not for the reasons one might think.

Hoi An, which means the “peaceful meeting place”, used to be known by the Europeans as Faifo. Thanks to its river network, Hoi An had a strategic position in the spice trade and became a major trading port from the VIIth century. The game of power along the centuries influenced greatly the city development and until today you can find traces of the successive settlers: Chinese, Portuguese, Japanese, Dutch and even Indians. And of course Vietnamese!

Because this place has been miraculously very well preserved, it became a UNESCO World Heritage Site in 1999. 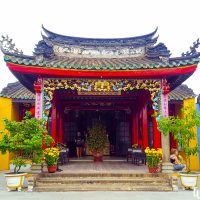 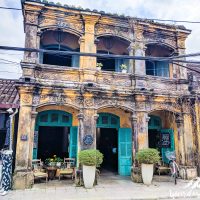 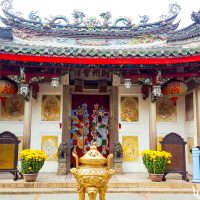 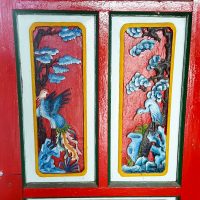 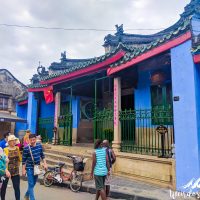 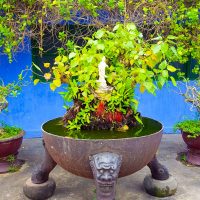 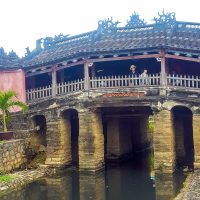 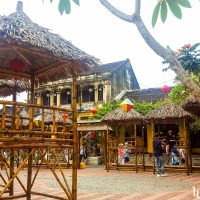 What is to see?

The heart of Hoi An is its old quarter, located around the river, partly on small islands. But the city also extends itself all around up to the other side, to the beach. In between you will cross some rice fields, resisting to the building machine. Because yes, like most of the touristic area, Hoi An is expanding. Only the Old Quarter is protected.

Everywhere in the city you will come across temples. Beautiful, colored, renovated temples. And old buildings exhibiting the architecture related to the different influences. There are also 4 museums highlighting the history of the region, which you can access for free if you have bought the Entrance Ticket for the Old City (120K VND in March 2018). We didn’t do them so we cannot give our opinion.

Of course you can also do a boat tour on the river. No worries to find where, just walk by the river and you will be sure to have people coming to you to offer you their services, until you get tired of it. 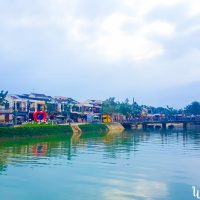 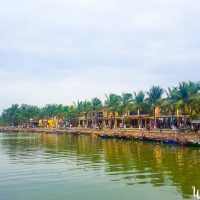 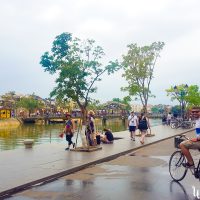 The real wonder is at nighttime

Every single person that has been to Hoi An will tell you the same: do not miss a tour of the Old Quarter at night-time. Why? Because then the city illuminates with hundreds of lanterns and it becomes a fairy-tale. But, with tourists … and lots of them. Thousands of touristic shops, stalls and attractions surround the center. So from a fairy tale it kind of turns into a small entertainment park.

Don’t get me wrong, it is still super beautiful! Hoi An is famous for its lanterns made of silk and painted by hand. And it is true that it brings a particular atmosphere especially combined with the unique architecture of the city. But you will need to escape the main streets to enjoy some quiet(er) times and try to get a feeling of the charm of the past. Or just be ready for a lot of animation and bargaining! 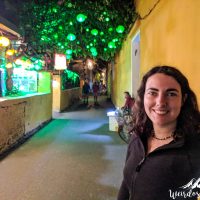 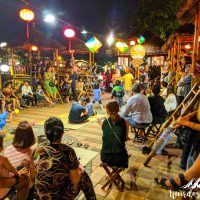 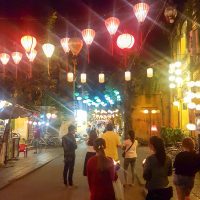 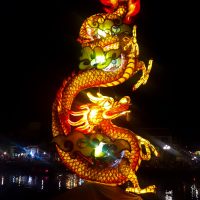 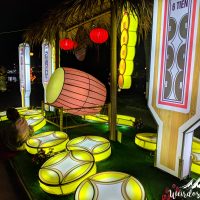 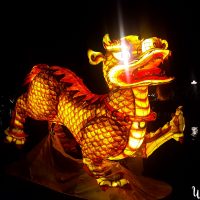 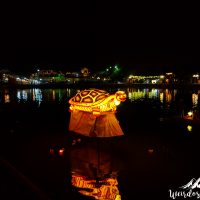 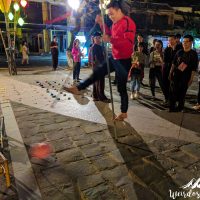 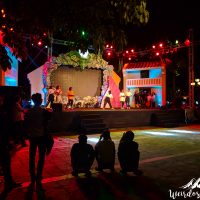 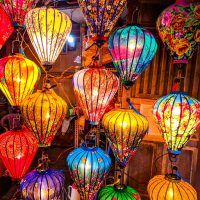 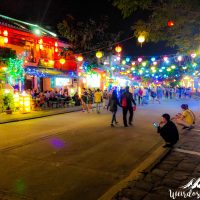 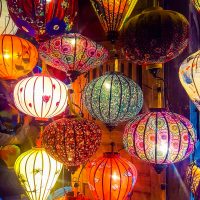 What else to do in and around Hoi An

Thanks to the touristic attractiveness of Hoi An and the international airport of Da Nang, the area has been booming. Although the road from Da Nang to Hoi An follows the sea, the access has been monopolized by a succession of big resorts. However from Hoi An (15 minutes by bicycle) you have access to a nice beach, and another one further South. Don’t get to the main area crowded with shops and bars who will make you pay for parking but get to one of the parallel spots and try to find a spot in the shadow where to park your bicycle! 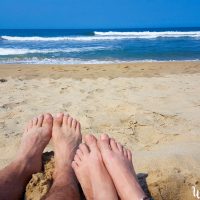 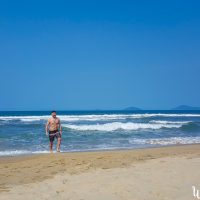 Here are some other attractions that we didn’t have time to visit:

So what did we think?

Honestly when we first arrived in the animation of the Old Town, we were disappointed. It was nighttime so it was indeed beautiful but also packed with a lot of sellers accosting us. No, no, no!

But because our Guesthouse was out of the center we got to pass by smaller streets, much quieter with nice restaurants and coffee shops. In the end we decided to take it easy, to take the time to enjoy and we never spent more than 2 hours at once in the Old Quarter, allowing us to enjoy it without saturating. We managed to find shops where people were actually nice, not pushing us too much to buy (compare to the “buy now!” we heard so many times and was a break-dealer for us!). Our Homestay was also amazing, which helped a lot with our appreciation of our time there. But I will tell you more about it in the next article.

END_OF_DOCUMENT_TOKEN_TO_BE_REPLACED

One thought on “3 days chilling in Hoi An”