Cananeia is the southernmost city in the state of Sao Paulo. It is a small city (even smaller than Pariquera-Acu) located on an island between the mainland and another bigger island: Ilha Comprida. Cananeia itself is well connected to the mainland by two bridges across the Mar Pequeno (the “little sea”). Its water are known to host families of dolphins but we unfortunately did not get to see any this time.

Cananeia has this charming Brasilian architecture with streets lined up with colorful houses and a cute white and blue church. A walk towards the South of the city will give you the opportunity to see the fishermen boats and the fish market. There is not much more to see around but it is pleasant to wander for an hour or so while waiting for the next ferry to Ilha Comprida! 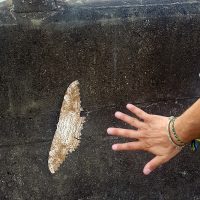 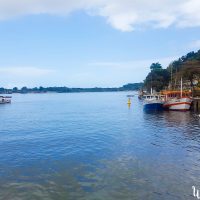 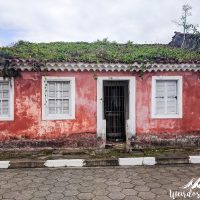 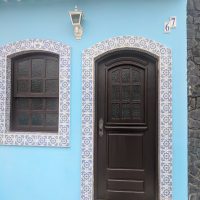 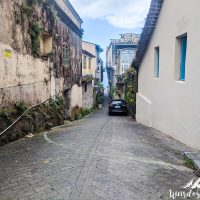 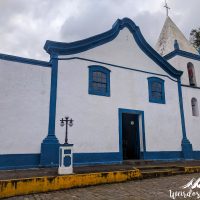 The endless beach of Ilha Comprida

Ilha Comprida means “long island” in Portuguese and it is an accurate name! It is a barrier island which means it is a formation made of sand dunes pushed overtime by the waves. So here you go, with over 74km of beautiful sand beach facing the Atlantic ocean, it can only be amazing.

In addition, Ilha Comprida is an environmental protected area as part of an effort to limit the negative impact of human presence and protect the dunes, salt marshes and mangroves.

We were there on a half sunny, half stormy end of winter day (Brazilian winter), which means the area was pretty empty. Good for us! What a great feeling to walk on this amazing beach and get lost in the dune vegetation around with no sight of other humans!

Only one beach restaurant remains open all year long, Quiosque do Rock (what a great name in this location!) so the choice was rather straightforward. Of course being by the sea we opted for seafood having forgotten our friend’s earlier warning: due to the law and regulations regarding public health and safety, fish must be frozen before being served; therefore most restaurants will serve the seafood dishes… fried! *sadness*. 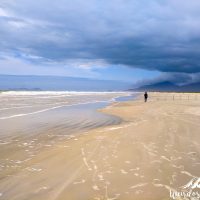 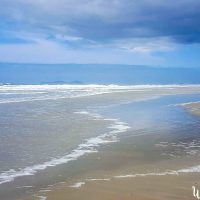 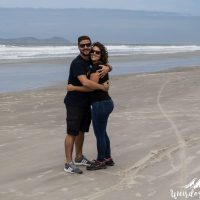 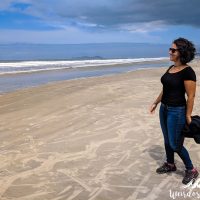 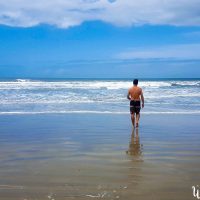 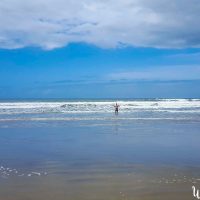 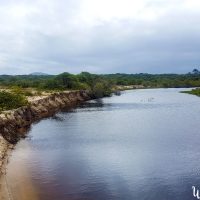 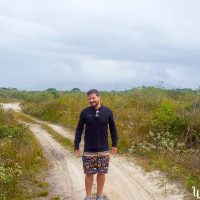 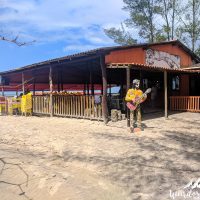 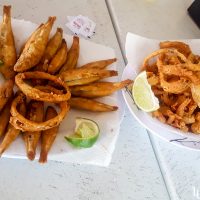 Getting to Ilha Comprida

There are only 2 official access points to Ilha Comprida:

There is one road going from North to South of the island. Although it is not that long by car, count plenty of extra-time as this is not the best road…

Is it worth visiting? Definitely, if you are in the south of Sao Paulo, don’t hesitate to swing by. 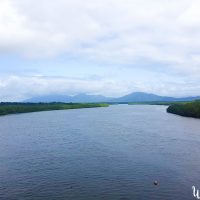 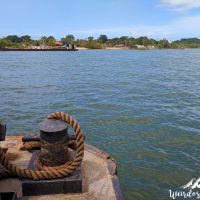 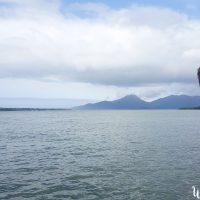 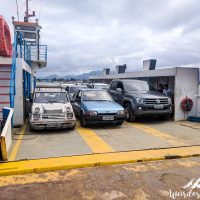 In and around Ushuaia

One wee in Ushuaia passes by quickly when you visit the natural wonders of south Patagonia and Tierra del Fuego with the magnificent glaciers and untouched territories.

END_OF_DOCUMENT_TOKEN_TO_BE_REPLACED

Iguazu Falls: the Argentinian side

Iguazu Falls were on top of our bucket list of things to do in South America, and we visited both the Argentinian and Brazilian sides of the Iguazu Waterfalls which are simply breathtaking.

END_OF_DOCUMENT_TOKEN_TO_BE_REPLACED

1 month in Brazil: our detailed itinerary…

From mid-September to mi-October 2018 we had the chance to explore a bit of this beautiful country: Brazil! We went from Sao Paulo, in the South, up to Jericoacoara in the North.

END_OF_DOCUMENT_TOKEN_TO_BE_REPLACED

Ceará: the land of wind

Ceará is a state in the North East region of Brazil. We managed to rent a car which opened up the possibility explore the state by driving about half of its 600km of sandy coastline and inimaginable beaches

END_OF_DOCUMENT_TOKEN_TO_BE_REPLACED

A brief passage by Recife and Olinda

In 1982, UNESCO added Olinda to the list of Historical and Cultural Patrimony of Humanity. The reason being that many historical monuments have been luckily preserved in Olinda…

END_OF_DOCUMENT_TOKEN_TO_BE_REPLACED

Chapada Diamantina: trekking in the Vale do Pati

The Vale do Pati is a protected area within the Chapada Diamantina National Park. Inhabited by only 13 families, it is a beautiful place of preserved nature. The only access is by foot…

END_OF_DOCUMENT_TOKEN_TO_BE_REPLACED

Chapada Diamantina is a region in the center of Bahia State in Brazil. Its name literally translate as the Diamond Plateau. Indeed this area is composed mainly of …

END_OF_DOCUMENT_TOKEN_TO_BE_REPLACED

Trindade is a small town about 25km South from Paraty and it is the perfect hang-out spot for a day. Amazing beaches are aligned one after another …

END_OF_DOCUMENT_TOKEN_TO_BE_REPLACED

One thought on “Under the wind in Cananeia and Ilha Comprida”